Cycling was back on the agenda in the Northern Ireland Assembly chamber this week. Chris Lyttle’s question to the Infrastructure Minister Chris Hazzard, on the much-anticipated Belfast Bicycle Network Plan, kicked off a series of questions about current cycling developments, both urban and rural. And we found out some interesting new insights into the continuing Cycling Revolution..

Chris Lyttle (Chair of the All Party Group on Cycling):

Can the Minister for Infrastructure give an update on the Belfast bicycle network plan?

“I will shortly hold a public consultation on my draft Belfast Bicycle Network Plan, the first of a series of plans to help to bring coherent, continuous and comfortable bicycle infrastructure within the reach of most people within our towns and cities. This is part of the vision in the Bicycle Strategy to give people the freedom and confidence to travel by bicycle for everyday journeys and to significantly increase the number of shorter journeys that we make by bicycle.

“One of the three pillars of the bicycle strategy is to build a comprehensive bicycle network. The Belfast Bicycle Network Plan will provide a framework for the development of safe, attractive cycling provision throughout Belfast over the next ten years. It will do this by bringing good quality cycling routes within 400 metres of around two-thirds of residents of the Belfast City Council area.

“The Member will be aware of a number of cycle schemes that are currently being built in the city centre as flagship schemes to demonstrate the kind of cycling infrastructure that will be delivered. I am keen to deliver more of those segregated cycle routes in the future. The network plan approach will contribute to several outcomes of the draft Programme for Government, such as connecting people and opportunities through our infrastructure and supporting and encouraging long, healthy and active lives.”

Increased spend and budget on active travel and cycling infrastructure

Chris Lyttle (Chair of the All Party Group on Cycling):

I thank the Minister for his answer. I welcome his support for and shared belief in the social, health and economic benefits of cycling to our community. Of the MLAs returned to the Assembly, 70% supported the Election Cycle campaign, one of whose aims was to have a budget of at least £10 per head of population for cycling infrastructure. Will the Minister be able to increase the spend per head from the amount last year, which was only £1·30, to that target of £10?

“I thank the Member for raising the issue. I think that I was one of the MLAs who signed up to the various pledges. We need to see an increased spend and budget when we look at active travel and our cycling infrastructure. It is a generational project. My greenways strategy will be generational. I have mentioned that it is over 10 years; that is the approach that we have to take.

The Minister mentioned the benefits of cycling: how many people currently cycle in Belfast?

“The Belfast Bike Life report shows that 7 million journeys are cycled in Belfast every year. My Department’s most recent research on cycling to work reveals that 5% of Belfast commuters already use the bicycle to travel to and from work. The momentum to continue growing is demonstrated by the success of the Belfast bike share scheme, with over 300,000 journeys having been taken in the last 18 months. I am confident that that growth in cycling will continue as we continue to invest in better cycling infrastructure, both in urban networks and in the development of our greenways.”

A comprehensive bicycle network across the North

What practical steps does the Minister intend to take in rural areas outside Belfast to further develop the cycling revolution that I initiated? 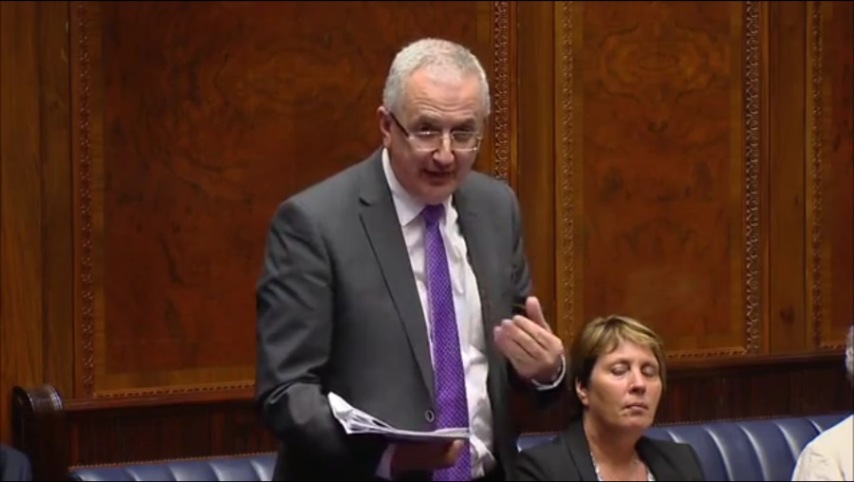 “I thank the Member for getting the wheels of revolution turning. It is a reputation that I want to build on, and I will do what I can over the next mandate to continue it. The Bicycle Strategy, as the Member is no doubt aware, envisages a comprehensive network for the bicycle not just in Belfast but across the North. The strategic plan for greenways is one element of that, and the urban network plans are another. My intention, following the publication of the Belfast plan, is to learn from the experience and roll it out to other urban centres.”

Partnership working delivering a first-class project in the Connswater Greenway

I commend what the Minister said about the Connswater Greenway. The Committee was there a couple of weeks ago. In terms of extending that sort of initiative, which is a great collaborative approach with government, the Big Lottery Fund and the city council, can we have similar facilities across the city? I know that they are expensive, but such an investment, even one not on that scale, would be hugely beneficial to our people across Belfast. 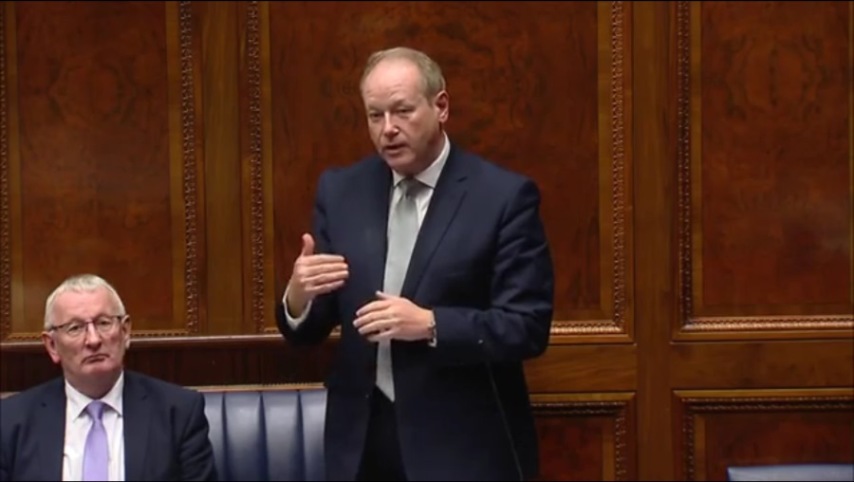 “Yes. I was in Victoria Park and around that area and in Orangefield. We have examples of where Rivers Agency and the city council are working together. The projects that they are delivering are first-class. It is a model that there is much value in, and I am certainly more than happy to work with it.”

Text reproduced from the Official Report of the Northern Ireland Assembly.

Next Story:
The shape of things to come